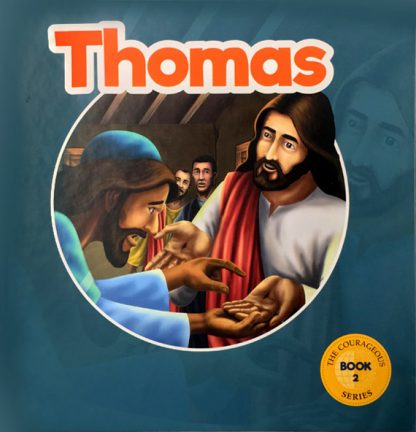 Jesus’ disciple Thomas rightly earned the title "Doubting Thomas" by refusing to believe that Jesus had risen from the dead. He told the disciples, "Unless I see in His hands the print of the nails, I will not believe." Soon after, Jesus appeared to Thomas, shattering his unbelief. Thomas became so convinced of the resurrection of Jesus Christ that he took the gospel to India, where he is believed to have died as a martyr at the hands of Hindu priests. Children will be inspired by his courage to take the gospel to a strange land where his legacy of faith lives on today.