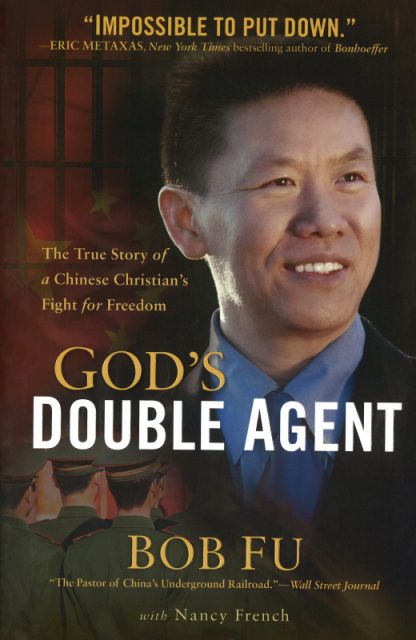 Limited quantity remaining. The product may be placed on backorder.

Tens of millions of Christians live in China today, leading double lives while hiding from a government that relentlessly persecutes them. Former dissident Bob Fu happened to be one of them. By day, he was a teacher in a communist school and, by night, a preacher in an underground house church network.

His newly released book, God’s Double Agent, will keep you at the “edge of your seat” as it recounts the captivating story of Bob's conversion to Christianity, his arrest and imprisonment for starting an illegal house church, harrowing escape from China and subsequent rise to prominence as an advocate for his oppressed brethren.

God's Double Agent will inspire you to boldly live out your faith in a world that is at times indifferent, and at other times murderously hostile, to those who spread the Gospel. (Hardcover, 336 pages)